Popular
Working out the dosage calculations of the cannabis...
CBD with Trey Reckling
Adaptogenic mushrooms: Not quite magic, but they’ll give...
Edna's Unbaked Delta-8 Softgel Pills Review. Did I...
Hemp Delta 8 THC will make you FAIL...
Cannabis-Fachgeschäft: Wie läuft das Geschäft in Seattle, USA...
cbd
Are psychedelics going mainstream? 28% of Americans have...
Why Does Weed Give You The Munchies?
YoCan UNI Box Mod Review
Uncategorized 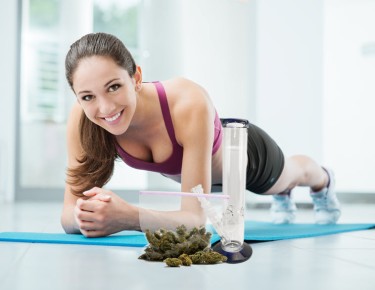 POLL: 91% OF ADULTS WHO HAVE USED CANNABIS DID SO FOR HEALTH AND WELLNESS PURPOSES

The thought that the majority of cannabis users are chronic stoners is one of the greatest misunderstandings that keep on afflicting the cannabis community. Reefer Madness narratives that persist today, even after legalization in many states has proved otherwise. Nevertheless, there is new research dissipating that ill-informed belief. Its biggest discovery is that a massive majority of adults from 21 years of age and older use marijuana for health and wellness reasons.

A new study carried out by Harris Poll in conjunction with Curaleaf Holdings Inc, which is a prominent International manufacturer of consumer cannabis products, discovers that 91% of adults 21 years and above who have ever indulged in marijuana have done it for wellness and health reasons. The results give significant takeaways reflecting the attitude of individuals towards both the preference of holistic wellness and health and cannabis, as 75% of Americans claim that they would rather go for holistic solutions over pharmaceuticals to deal with medical problems when possible, with 62% of people stating that they would rather use marijuana as opposed to pharmaceuticals when dealing with medical problems.

From the online survey conducted with close to 2,000 U.S. adults 21 years and older by the independent pollster, the highest wellness and health purposes Americans have used marijuana include; to reduce anxiety (41%), to help with sleep (49%), to reduce stress (49%), and to relax (51%).

As marijuana legalization keeps on moving in the U.S., manners and beliefs around the use of the cannabis plant are starting to become more conventional and inclusive for consumers and patients who depend on it for various health and wellness requirements. Common health issues range from aiding with stress relief and insomnia to assisting in reducing arthritis and menstrual cramps.

Curaleaf recognizes this transition and growing requirement for marijuana solutions and emphasizes the approachability and accessibility of various products for people who are looking for options for wellness and health requirements. The organization remains a wellness destination having 130 dispensary locations and a variety of marijuana products in several form factors, with an impending wellness line anticipated to kick off later this summer.

Clinical Cannabis Pharmacist for Curaleaf New York, Dr.Stacia Woodcock, said informing consumers on how marijuana can be utilized to benefit daily wellness and health requirements is important to reducing the stigma around the plant and giving consumers more options to best match their lifestyle. She added that there are a lot of ways to safely consume cannabis, and a lot of formulations possess little intoxicating effects.  Various choices of products with different ratios of THC and CBD give customers the chance to consume marijuana in a way that suits their lifestyle and level of comfort.

The study also discovered that 88% of people who have consumed marijuana in addition to or as an alternative to pharmaceutical treatments believe that doing that has enhanced their overall wellness. As a matter of fact, 86% of people who have used cannabis for wellness or health would suggest it to a family member or a friend for medical purposes.

MAJOR USE OF MEDICAL MARIJUANA

The most popular ways for medical marijuana to be used include violent or lasting pain, vomiting and nausea due to cancer treatments (chemotherapy), and severe muscle seizures.

Pain medicine specialist Barth Wilsey, MD, of the University of California Davis Medical Center, says the primary purpose for which people request a prescription is pain. The pain could be from a disease like cancer, headaches, or a long-term condition, like nerve pain or glaucoma.

You can acquire a “marijuana card” if you reside in a state where marijuana for medical use is permitted, and your doctor feels it will benefit you. You’ll be placed on a list that enables you to buy cannabis from a dispensary, which is an approved seller. Physicians may also prescribe medical cannabis to treat  seizure disorders, muscle spasms caused by multiple sclerosis, Crohn’s disease, weight loss, and poor appetite resulting from chronic sicknesses, such as nerve pain or HIV.

TO EFFECT DRUG AND ALCOHOL ADDICTION

Another thorough examination of the evidence, published last year in the publication Clinical Psychology Review, found that cannabis could help individuals who are addicted to opioids or alcohol battle their addiction. Although this discovery may be controversial as the National Academies of Sciences review indicates that the use of cannabis drives a greater danger of becoming dependent on and abusing other substances.

Also, the more cannabis a person takes, the more the probability that they have a problem with using it. People who started using cannabis at a young age are also at a higher risk of acquiring a cannabis addiction problem.

The study published in Clinical Psychology Review evaluated all published scientific books that examined the use of marijuana as a treatment for mental illness symptoms. Their authors discovered some proof backing the use of marijuana to alleviate post-traumatic stress disorder and depression symptoms. Having said that, they warn that marijuana is not an ideal solution for some other mental illnesses, such as psychosis and bipolar disorder.

The study suggests that there is some proof that implies marijuana may help with social anxiety symptoms. Still, yet again, this is opposed by the National Academies of Sciences, Engineering, and Medicine study, which instead concluded that chronic marijuana users might be at a higher risk of social anxiety.

Due to the massive stigma that follows cannabis, it is believed that most people who use it are chronic smokers and addicts who want to get high. The result of a survey carried out to that effect, however, proved shocking as it was found that the majority of cannabis users do so for health and wellness purposes as there are a lot of medical benefits that can be gotten from the plant. 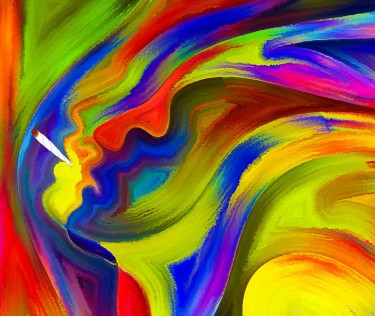 IS CANNABIS THE NEW WELLNESS DRUG OF THE MODERN HUMAN?

Are Drug Cartels Better Off with Cannabis Legalization...

Cannabis Sales Are Slowing, But Magic Mushroom and...

What are Cannabinoids and Can You Lose Weight...

The Guide to Microdosing and Macrodosing Cannabis

What is a Blunt Holder and Should You...

Psychedelics Can Treat Emotional Pain, But Can They...