Why Did the Florida Supreme Court Shoot Down Recreational Marijuana in Florida? 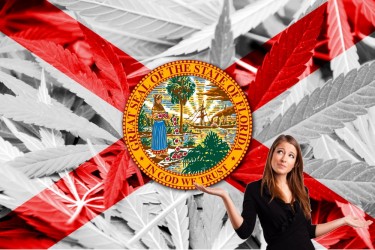 The constitutional rights of the good people of Florida were trampled on by the Florida Supreme Court in a bid to halt the progress being made to legalize the use of marijuana for recreational reasons.

The fact that the court did this after the mission has gained massive reaction, as well as supporters, make it such a bitter pill to swallow. Now, the entire process would have to start afresh. Putting to waste a huge sum of over 8 million dollars that has been used for the project up to this point.

Right now, most of the advocates and activities who worked so hard to achieve this wide traction are discouraged. While they might start the initiative from the start, whether or not they’ll carry everyone along again is doubtful.

They would have to raise millions of dollars to get the required signatures.

If this initiative had been successful, it would have given rise to a new cannabis policy in the Sunshine state.

This year, New Jersey, New York, Virginia, and New Mexico have had motions to legitimize the recreational use of marijuana and its by-products. 17 states in the United States of America have legalized marijuana products for recreational use.

The irony here is that Washington D.C is one of the areas that have legalized the recreational use of the drug.

If D.C that is right under the Federal Government’s eye can do this, what’s stopping Florida?

The hostility the Florida government has to the use of cannabis is high. This is evident in the brutal penalties meted out to citizens found having the drug on them. Recently, a bill that would have made it easy to clear a Florida cannabis conviction from a person’s criminal record was approved, however, it failed to be passed in the House.

Rather, the Reps are working on motions to limit the THC content in medical-based marijuana.

The citizen ballot initiative was the people’s choice of making headway in the legalization of cannabis. but, the Republican seat holders in Florida have other plans.

Floridians are now limited in their capacity to make modifications to the constitution of the state. The Senate Joint Resolution 1238 and Senate Bill 1890 have restricted the use of ballot initiatives for this purpose.

The Florida Supreme Court strikes out the Make it Legal initiative on the basis that it was unconstitutional. Adding that the language used in the ballot is “misleading advantageously”.

The court contended that the initiative’s ballot has Adult-use cannabis would be made legal in Florida. It argued that it did not state that under federal law, it would still be a crime to use cannabis for recreational purposes.

So, it all has to begin afresh and the advocates have to explicitly state and correct the points raised by the court. But, with the amount of hostility, the Floridian government has, what’s to say the initiative would be a success next time?

Hopefully, more people of the sunshine state come out en Masse To create this bill and get the required signatures as soon as possible.

If this can be achieved in time, it still has a high chance of being included in the 2022 ballot.

To make the 2022 ballot, the activists need over 890k votes to introduce the bill to voters. And for the ballot to succeed, at least a 60percent of the total voters would have to be in support.

Before the Florida Supreme Court killed this past campaign, it had already amassed a total of 556,049 signatures.

Now, the main issues raised by the justices would be sorted out. There is also the matter of how the term ” permits” was used in the ballot. It raises the question of if an adult user—at least 21 years of age— needs to have these permits to purchase and possess the drug.

The proposed modifications need to indicate strongly that the recreational use of cannabis or hemp is criminal under federal law, and anyone caught faces a risk of being prosecuted.

Hence, the new bill only has to revolve around the laws of the sunshine state.

The authorities have stated that there’s a case study that can be used to help the advocates rewrite the bill. But, they have to go in search of the details themselves.

This way, everyone would have firsthand information about the impacts of their votes. The legislature was indirectly stating that voters are incapable of fully grasping the meaning of basic governance.

A mild way of disrespecting the constitution that allows the people to make decisions of their own accord.

As it stands, the Republican-led houses have strongly indicated that it can only accommodate the medicinal use of cannabis, and it doesn’t look like their minds would be changing anytime soon.

Since the current legislative session was inaugurated about three months ago, seven bills were introduced to allow the recreational use of marijuana in Florida. Instead of hearing these motions, the house referred them to different panels in the senate.

Understandably, the state is trying to play safe by not encroaching on federal law—no state law can be above federal law.

It is beautiful to see how the people of the sunshine state took matters into their hands by creating initiatives that the legislature is unwilling to broach. Times are changing and the legislature needs to modify the archaic policies in the state.

It might have helped if the “Make It Legal’ campaign had taken detailed and careful efforts when planning their campaign or writing the bill.

Hopefully, they’ve learned from their mistakes and would instead solicit help from the right places when trying to amend the bill. The modified bill must be able to protect cannabis users from federal laws when they’re in Florida.

Legitimizing the adult use of cannabis might take time, but eventually, it would happen— on both the state level and the federal level. 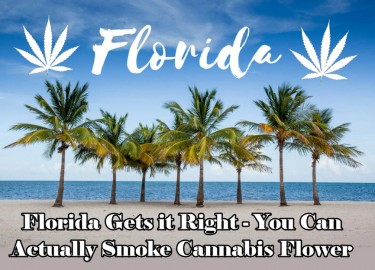 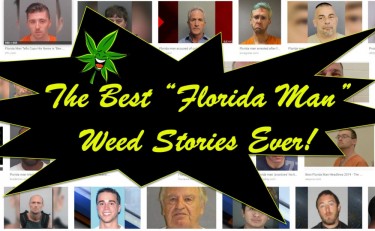 FLORIDA MAN STORIES ON WEED, WHAT ARE THE TOP 10?