Popular
The only way to keep your dog from...
Bizarre on Canceling Shows Because of Shrooms and...
Kal Penn Says You Can’t Make White Castle...
Playing Around with TMNT The Cowabunga Collection on...
Weed Talk News
Don't Worry Darling in MGS4 Future Of War...
Let's Talk Cannabis – How does smoking weed...
31 Corinth Street, Howrah
NANO EASE CBD (WARNING!!) ⚠️ – ALL THE...
Best Cbd Oil
Uncategorized

Why Did Some Arizona Cities and Towns Ban Recreational Marijuana Dispensaries? 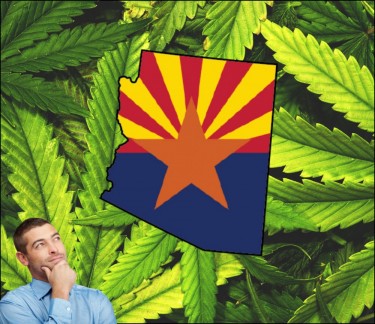 The world is gradually waking up to the truth about marijuana: it is a SUPER SUBSTANCE with immense health benefits and several regions of the world are legalizing it for use by their citizens. So why did Arizona cities ban recreational marijuana establishments? Let’s find out!

The background to the ban

The people in Arizona knew that the concept of zoning would affect dispensary owners. So the news about the ban by some Arizona cities on establishments that deal with recreational marijuana was unexpected.

In October 2020, just less than a month before voters in Arizona approved legal marijuana through Proposition 207(called “the Act), other Arizona cities started to ban recreational marijuana sales.

The cities also stated that the only way a dispensary will be allowed to sell marijuana is to have a “dual license.” A dual license represents the establishment of both a medical marijuana center and an adult (recreational marijuana) center.

But cities like Meca, Scottsdale, Goodyear, Surprise, and other Arizona cities started to frustrate the Act. Yes, they have the legal standing to do so, but cannabis experts refer to it as a wrong move. Why did these cities take such a step? Why is there so much focus on recreational marijuana which led to the ban of several recreational cannabis establishments?

Several theories explain the reasons for the ban, with the major one being that the towns do not want new recreational marijuana businesses set up. Those supporting the ban reiterate that those affected dispensaries should get the dual licenses that will allow them to operate on a recreational scale fully.

Mesa also banned the possession and consumption of marijuana on its “official city property.” These bans and new ordinances from Arizona state already harm the Social Equity Opportunity program in Arizona; in fact while it stands it’ll seriously limit Arizona’s potential for rapid growth and development.

Reaction to the ban in Arizona

Cannabis advocates do not like the idea of a ban because it restricts their access to the plant and its other products. The advocates argue that cities and towns in Arizona will lose out on the tax revenues that will be gotten from marijuana sales.

The experts also argue that the ban wouldn’t prevent the sales of cannabis in towns because medical dispensaries will still sell to adults. Some even accuse medical marijuana dispensaries of lobbying and influencing elected officials to approve the bans, so competition is limited.

The officials involved in the ban also seem to show a lack of understanding of the marijuana economics of scale because if they do, they won’t come up with these bans that affect the growth of a burgeoning marijuana economy in Arizona.

Reactions to the ban were primarily adverse, which is understandable because marijuana has come a long way in Arizona.  Cities in Arizona should not sabotage their growth by instituting partial restrictions.

The negative consequences and ripple effect of the recreational marijuana ban in Arizona could be hugely detrimental. It could lead to the following:

There will be a monopoly on medical marijuana in Arizona cities with this ban which isn’t a good thing. This realization means only the medical sector will have access to cannabis, leaving out many people who may need marijuana for other purposes. A ban on recreational marijuana monopolizes the medical industry, which is not ideal for a state that should have a thriving marijuana economy.

Citizens getting marijuana from other states.

Rise of the marijuana black market

Curtailing the rise of the marijuana black market is one of the reasons why states started to legalize marijuana. But with Arizona cities banning recreational establishments, there might be a rise in cannabis demand from the black market. With this, there will be a higher possibility of cannabis abuse in Arizona cities.

A lack of tax returns from marijuana sales

Due to the ever-increasing acceptance of marijuana for medical and recreational purposes, governments are deriving lots of taxes from that sector. By cutting off some recreational dispensaries, Arizona cities miss out on the immense potentials this taxes offer them.

We are in the era of the marijuana economy boom, but cities in Arizona will only be getting 50% of such potential through medical dispensaries. Their bans on recreational marijuana deprive them of the other 50%.

Marijuana continues to grow in leaps and bounds, and in 2021, many cities, and countries are beginning to maximize its value by setting up rules that promote its usage. But as we all move towards benefiting from a blooming “marijuana economy,” Arizona seems to be headed backward, which would make it difficult for them to enjoy the cannabis boom.

Some people may argue that the ban is not so terrible because it is only on recreational marijuana, but that is not true. From the negative impact and consequences discussed above, it is evident that any ban on marijuana doesn’t reflect well on Arizona.

So will the Arizona cities reverse the ban? The answer is currently unclear, but if the cities are keen on getting the massive tax revenues from recreational cannabis, they would have to reverse the ban.

THE ARIZONA STATE PRSECUTOR MAY HAVE PATIENTS ONLY SMOKE WEED! 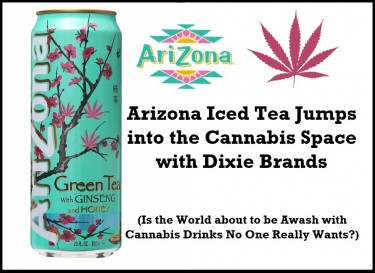