When is the Best Time to Grow Cannabis in North America? 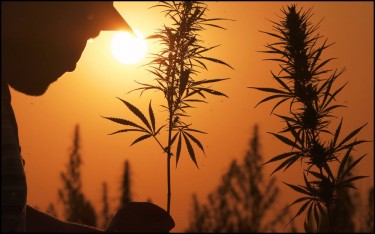 The multi-billion-dollar cannabis industry in America is largely dependent on the various weed seasons available in the country. Year in year out, the annual cultivation of cannabis during the weed seasons determines the availability of the buds around the year.

You can even generalize and say the seasons in both hemispheres are the opposite of the other. When the northern hemisphere is in its planting phase, the southern hemisphere would be starting its harvest phase.

The United States of America falls under the Northern Hemisphere. As you read on, prepare to grasp a full understanding of the best time to grow cannabis in the United States for the best yield ever.

This is a phrase used to describe the cultivating season for cannabis outdoors. These seasons cut across spring, summer, and fall.

In America, cannabis cultivation kickstarts around April with the indoor prepping of seedlings. Growers in the country claim that marijuana plants enter into their flowering phase towards the end of Summer through Fall.

Most times, they’re due for harvest mid-October, while some run into November.

Growing seasons are not specific to all strains of cannabis. Each strain has its unique growing seasons that are determined by its genetic makeup. For this reason, cultivation takes cognizance of the strains that can do well in the microclimate of the farm.

Genetics plays a major role in determining the maturation duration of cannabis plants. Their genetic makeup determines how a cannabis strain would evolve and adapt to the habitat where it is cultivated.

Generally, indica-dominant marijuana plants have a faster flowering rate but are of mid-height when compared to Sativa-dominant varieties.

Whereas, Sativa-dominant strains which are cultivated close to the equator take a very long time for their buds to mature. And if a breeder attempts to cultivate them away from that natural habitat and the weed season they’re adapted to, they’ll most likely not do well and may even die off before their flowering phase.

The phases of a cannabis strain growth, as well as the timing of these phases, are very important.

The perfect timing and the growth stages are listed below.

This is for farmers that start with seeds. The first stage of a plant’s life is the germination phase.

The seeds can be prepped indoors for proper monitoring. When the seeds are sown, in a few days the cotyledon leaves sprout out.

If spring equinox has passed, you can choose to provide the seedlings of your preferred cannabis strain. This way you don’t have to worry about whether or not your seeds would germinate.

Seedlings are very young and fragile plants that just recently germinated. These seedlings can be planted indoors for proper monitoring and they’re strong enough to withstand the environmental factors outdoors…

These seedlings can be planted in pots or other containers which are portable enough to be carried outdoors during the day and returned indoors at night.

This is the phase in which the cannabis plants begin to grow in height and width. At this point, they can be transplanted and taken outdoors to continue their cycle.

Experienced growers tend to top and train their plants at this developmental stage to induce more outward growth.

They also make sure their plants stay hydrated at each moment of the day. This is because the growing plant is now developing a more complex root system.

At this stage of growth, with proper observations carried out at intervals, unwanted male or hermie plants can be detected in time.

This is the final phase of growth for cannabis plants.

It is always a stunning sight to behold. Here the plant needs all the required nutrients to enable it to produce the much-awaited flowers.

Farmers administer phosphorus at this stage to encourage the production of flowers.

This stage is divided into three segments.

Flower Initiation: Here, the pistils will become distinct with it’s white and thin hairs. The growth of the plants will also begin to reduce, as all the plant’s focus is now on producing flowers.

Ripening: Flowers have been successfully produced. The pistils begin to get brown and the flowers are coated with trichomes.

This is usually done before or on the Fall Equinox. Except in situations where the strain planted requires more time for its buds to fully mature. Female plants should be harvested as soon as possible, to prevent them from self-pollinating when their leaves begin to yellow and fall.

The annual outdoor cultivation of cannabis ensures Americans have an abundance of the fresh pot after harvest.

In the late fall and winter immediately after harvest, cannabis grown outdoors is sold in large quantities to entrepreneurs who process them.

However, the prices skyrocket in the middle of the year when weed stocks have reduced and are nearing scarcity.

There you have it, a brief description of the weed season in America and the corresponding growth stages of cannabis plants.

For more information, you can watch videos online or contact cannabis farmers in marijuana-legalized states.

If anyone asks you why you aren’t doing it indoors, tell them; “Nothing beats weed buds that have been grown outdoors and processed for at least eight weeks” 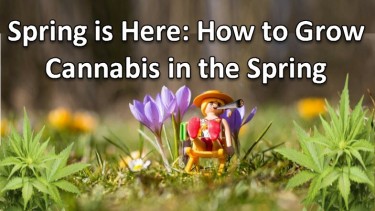 HOW TO GROW CANNABIS IN THE SPRING TIME, READ THIS! 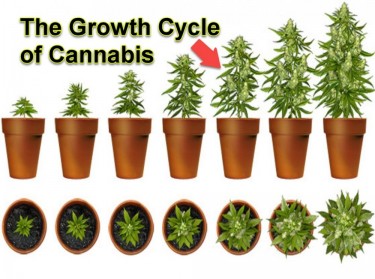 MARIJUANA GROW CYCLE, HOW DOES THE CALENDAR WORK?