What is Cannabidivarin (CBDV) and Is It the Next Big Thing?

What Is Cannabidivarin (CBDV) and Is It the Next Big Thing? 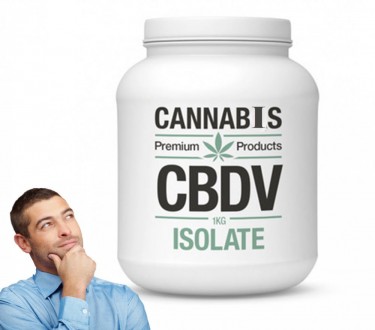 One of the most exciting things to discuss regarding cannabis are cannabinoids: Yes, those excellent chemical compounds in the cannabis plant. But most conversations on cannabinoids are always hung up on THC and CBD, as these are the most utilized and significant cannabinoids known.

But within the cannabis plant lies many other cannabinoids that hold the potential of making a tremendous impact in the lives of those who use cannabis. One such cannabinoid is Cannabidivarin (CBDV).

We will learn more about this potent cannabinoid, understand the benefits it has to offer and how it works. The cannabis plant is one attractive component to consider because of the myriad of advantages it provides users, but for this article, the spotlight is on Cannabidivarin; what makes this chemical so unique?

Cannabidivarin is a secondary cannabinoid often found in lower concentrations, unlike THC and CBD found in high concentrations. It is a non-intoxicating cannabinoid that doesn’t cause a euphoric “High” when utilized by cannabis enthusiasts.

CBDV also doesn’t give users the sleepy feel, which is familiar with other cannabis varieties that contain CBD or THC. Found mainly in C.indica and landrace strains from Africa and Asia and different strains with lower THC, this cannabinoid is becoming the center of attention.

Although researchers are still working on unraveling all the value CBDV has to offer, the results from preliminary tests show that it holds impressive potentials for the human body. Like other cannabinoids such as CBD, CBDV doesn’t have a very high correlation for cannabinoid receptors like CB1 and CB2.

It doesn’t have such high affinity explains why people don’t experience any intoxicating feelings when they take it, which is something familiar with cannabis.

According to recent studies, cannabidivarin like CBD possibly acts on other chemical pathways and indirectly mixes with the body’s endocannabinoid system. Here is an example:

Clinical trials searching for the efficacy of cannabidivarin to treat epilepsy and convulsion reveal that the substance activates de-sensitizes the body’s TRPV1 receptors. The TRPV1 receptors play a crucial role in our body’s ability to feel pain and sense temperature. At the same time, other tests show that CBDV can act on TRPVA1 and TRPVA2 receptors.

The receptors are all transient channels laced into the cell membrane, and when they are activated, they allow ions such as sodium get into the body’s cells. When vital minerals like sodium quickly get into the body, the individual taking CBDV benefits from all the sodium and other nutrients have to offer.

The benefits of Cannabidivarin

Many research on CBDV focus on the effect it has on seizures, and this is why big pharma is investing in test trials to ascertain how well this compound will perform in managing or preventing seizures.

GW Pharmaceuticals developed the first FDA-approved CBD drug known as “Epidiolex,” which was developed as a CBDV-based drug called GPW2006 to reduce and prevent epilepsy-induced seizures and other seizures.

Cannabidivarin affects the body’s neurochemical pathway of the capsaicin receptors, which is at the onset and the progression level of different types of epilepsy. GW pharmaceuticals assert that CBDV has displayed anti-epileptic results across a wide range of in-vitro and Vivo types of epilepsy.

A 2018 study on rodents showed that cannabidivarin aids with neurobehavioral issues that are associated with Rett syndrome. Now Rett syndrome happens when the X chromosome mutates and affects girls with seizures, muscle spasticity, and speech challenges.

Cannabidivarin may help with both the genetically determined and chemically-induced types of this particular disease.

After an animal-based study and test trial carried out in 2019 in the Journal in Psychopharmacology, it was reported that CBDV could rescue memory defects in mice. The test used mice with the same genetic defects as most people do (those with Rett Syndrom0. With CBDV, such neurological defects and impact can gradually reduce.

In a recent study in the British Journal of Pharmacology, it was reported that CBDV could be helpful to patients diagnosed with Duchenne muscular dystrophy (DMD). This illness enables irreversible skeletal muscle damage and chronic inflammation in the human body.

When CBDV is used, it can reduce inflammation, restore and enhance the body’s muscle function, and boost locomotion. Patients who experience pains in their joints may feel some relief after CBDV is administered. Cannabidivarin also has the potential of being a novel therapy for the treatment of DMD.

Both intractable childhood epilepsy and autism spectrum disorder happen simultaneously, and experts view CBDV as a potential treatment. Cannabidivarin may reduce some of the symptoms associated with health challenges, such as cognitive challenges, inconsistent behavioral problems, communication and functioning issues.

CBDV has shown some potential as a powerful anti-nausea agent through tests done on rodents. It was revealed that cannabidivarin acts against the CB1 receptors, thus blocking the body’s nausea response.

A drug with such tremendous potentials will also raise the question, “Does it have any side effects?” There are no side effects recorded with CBDV, but more research is needed to maintain this standard.

Cannabidivarin was discovered over 50 years ago, and one will wonder, “Why are we just researching and testing it?” The cannabis plant in itself is still being tested as the world tries to understand how it adds value to the health and wellness sector.

Cannabis has a lot of potential in the medical industry, and cannabinoids are already playing a pivotal role in popularizing this truth. You will hear and read more about cannabis and cannabinoids.

In the future, more cannabinoids will be discovered and researched, which affirms the truth we have all come to accept: Cannabis is here to stay. However, at this very moment, the focus is on cannabidivarin, and clinical trials have shown that the world is about to unlock this potent cannabinoid that will enhance the benefits we get from cannabis.

WHAT ARE CANNABINOIDS, READ THESE.. 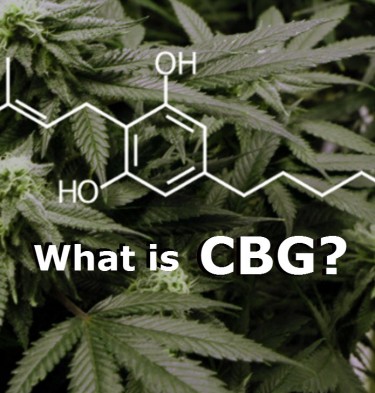 WHAT IS CBG AND WHY IS IT IMPORTANT? CLICK HERE! 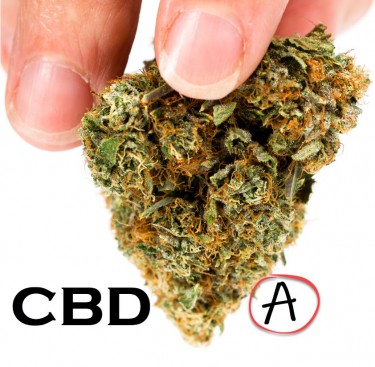 WHAT IS CBDA AND HOW IS IT DIFFERENT FROM CBD? CLICK HERE!