What is a Cannabis Pop-Up Store? Does It Need a License? Does It Sell Good Weed? 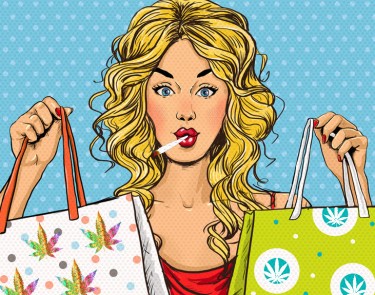 If you reside in a megacity or a small town where cannabis laws have been actively revised, there’s a higher chance you must have seen a cannabis pop-up store. These stores come in various sizes and shapes, be it a stand or a truck, all having logos in bright shades of greens. It seems cannabis pop-ups are now re-emerging with a sense of reprisal two years after the covid pandemic. These cannabis pop-ups have now invented new ways and strategies to appeal to and allure new customers to their stands.

A large percentage of these cannabis pop-ups are emerging in cities and locations where cannabis has been legalized. Places like adult retail shops and medical dispensaries are common areas for cannabis pop-ups. In cities such as New York where sales of cannabis are unregulated, a lot of these pop-ups are still present.

According to Jushi Holdings’ chief creative director, Andreas Neumann, he explained that each pop-up is a small event that tells people’s stories. This is why many pop-ups are very creative so that their audience can relate to the story they paint.

With pop-ups, sellers are given the space and flexibility to inventively allow for a creative marketing outcome. For instance Tasteology, a cannabis brand capitalized on Gen Z’s obsession with astrology, using it as a marketing tool. The Tasteligy brand offers Tarot readings in various dispensaries across the country. Another good example is the Luchador brand which tags itself as the Heavyweight Champion of Cannabis, capitalizing on wrestling. The brand organizes free shows on Mexican wrestling to promote people to give THC drops and gummies a trial.

Dealing with the law

As regards cannabis pop-ups, many of which have emerged in New York City are quite dubious. Presently, sellers have taken advantage of the current legal cannabis situation in the state, and law enforcers are not happy about the current events.

According to reports from Gothamist, the Office of Cannabis Management in New York City has tried to regulate these establishments.  The agency is trying to get things under control even when the consequences of these establishments’ actions remain vague. According to the cease memo published, the agency made it clear to the establishments that continuing such activities puts their business at risk of obtaining a license in the legal marijuana market. The memo went on to warn that unlicensed cannabis sale is criminal and may subject the business to likely criminal penalties and significant fines.

While the consequences of owning an unlawful pop-up store are still unknown, enforcement agencies and lawmakers are trying their best to navigate the confusing times. While decriminalization of cannabis is becoming a major focus in New York, the cannabis industry is looking to grow massively. As much as several agencies want to control and regulate the situation, arresting these cannabis sellers might send a bad signal.

For more than one year now, New Yorkers have remained in legal cannabis anguish. As it stands, the use and possession of cannabis have been revised to be legal in the state. However, there are no state-licensed dispensaries in the state which means cannabis sales are currently illegal.

The legal cannabis bill was enacted into law in March of 2021 by the ex-Governor of the state Andrew Cuomo. The bill makes it legal for adults 21 years and above to use and possess marijuana. The cannabis possession limit is restricted to 24 grams of cannabis concentrate and 3 ounces it cannabis flower. However, the government is yet to issue licenses to any potential dispensary.

To fill up this gap, underground cannabis firms have taken advantage of the situation, selling cannabis at unlicensed shops. Many of these stores are now being found across the city of New York.

Several cannabis businesses are taking advantage of the loopholes in New York’s legal cannabis laws. Many of these businesses run privately on social media platforms and websites such as Craigslist. Some, on the other hand, operate with so much confidence in the open, running their business in storefronts or on food trucks on the Big Apple streets.

According to Bramson, his establishment is heavy on cannabis content and also a safe place for the community.  The establishment is truly a beautiful thing Bramzon affirmed during his interview with New York Post.

Another cannabis firm in New York is the Empire Cannabis Club. The firm claims to be the state’s first dispensary and a nonprofit organization. Managing two different stores across the city, the firm provides membership services for individuals to consume and purchase cannabis. The company also markers cannabis delivery on its website.

Empire, on its official website, noted that the legislature has granted them the go-ahead to distribute cannabis without profit. Not just that, the company also has a membership service established enabling the firm to acquire marijuana for its members.

Empire Cannabis and Street Lawyer are just two out of multitudes of pop-up cannabis stores across New York City. However, enforcement agents have claimed they all operate on grey areas and that won’t last for long. With more than 50 cease-and-desist memos published in the previous month, the Office of Cannabis Management has criticized the cannabis stores. The OCM via the department spokesperson claims these stores are illegal. To put it simply, this is an exciting time for cannabis enthusiasts but a rambling one for enforcement agents and those looking to just venture into the industry. 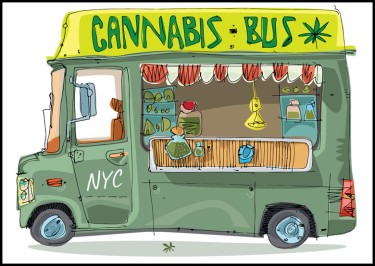