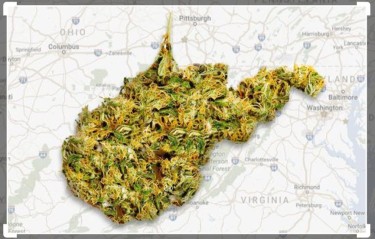 Activists in the state of West Virginia are proposing a couple of local cannabis decriminalization initiatives for the ballot in November, with the inclusion of Charleston, the capital of the state. A West Virginian group has taken up the mantle and is working on the initiative of a ballot to decriminalize the possession of insignificant amounts of weed.

The ‘West Virginia Cant Wait’ is a foundational political group led by Stephen Smith, who contested for the governorship post of West Virginia in 2020. The members of the group function as recruiters, trainers, and supporters of “No-corporate cash candidates,” they also compensate the leaders of the community who “carry out the duties the government neglects to do,” as stated on their website.

Sarah Hutson, Field Director of West Virginia Can’t Wait, said that if an adequate number of petitions of citizens are authorized, and voters go on to endorse the initiative, possession of cannabis will be dealt with in a similar manner to a speeding ticket. Cannabis possession within the limits of Fairmont city would still count as a misdemeanor offense, but there wouldn’t be any jail time, court costs, or associated fees. Hutson said that is what the aim is, and practically, the statute they have would suffice. It is generally referred to as, ‘No fines, no jail time, and no court costs.

They are presently carrying out experiments with three metropolitan ballot crusades in West Virginia cities. In Fairmont and Charleston, they are struggling for the decriminalization of possession of cannabis, and in Morgantown, they are operating on bettering housing conditions.

To ensure that the statute will be on the ballot for the election in November, Hutson and Jonny Southern, Fairmonts’ Organizer for West Virginia Can’t Wait, are partnering with other people who are enthusiastic about the action to make a petition. The petition must be signed on paper by voters who live in Fairmont City and have been registered. The goal is to secure 3,000 signatures, but the requirement is only 2,010, or 15 percent of the previous elections’ 13,402 registered voters. Thus far, the number of people that have signed the petition is under 100.

THE AIM OF THE INITIATIVE

The initiatives will not completely eliminate the bans on cannabis from the city ordinances. They are just focusing on removing the payment of fines for it, removing the associated jail time and the court expenses. Hutson said the idea is to deliver signatures by the middle of July for the first two target towns. However, Hutson also added that organizers might labor to qualify marijuana measures in other West Virginia metropolises in coming elections. She said there had been a great response, and she thinks the average now is 49 people are likely to say yes, out of every 50 you ask. And one person might say no.

There have been over a thousand signatures collected by the campaign in Charleston, indicating that they are about midway through getting qualified. In Fairmont, where the petitions have been authorized since about two weeks ago, signature gathering just recently started. Hutson said, in terms of volunteers, they have around 20 to 30 people working in Charleston and in Fairmont, about 10.

Hutson said the signatures they are collecting are ones they can count on, and it is just a question of the number of people you have to receive them because individuals are very excited by it and are really enthusiastic to see marijuana decriminalized. She added that the present government in West Virginia does not show the enormous will the people have, that is that people should not be put into jail for possession of marijuana. For that reason, it has been easy and really fantastic to collect signatures, and it is only a matter of taking people with clipboards out there.

The proposal promoted by West Virginia Can’t Wait is based in part on the non-criminalization measures presented to Ohio voters in previous local elections, and the campaign has been backed by the Ohio-based Sensible Movement Coalition (SMC) in language creation and coping with legal issues.

As well as hoping that the cannabis reforms themselves are carried out, it is also the belief of the group that having marijuana on the ballot can assist in electing more progressive candidates by helping to increase the presence of voters that will otherwise not come out to the polls in the coming election.

Hutson stated that at heart, they are still an electoral organization, and while they love the initiative, she thinks it is an excellent method of direct democracy, and there are really a ton of studies to show that it improves voter turnout, particularly in a mid tenure year like 2022. She said they also run aspirants alongside the ballot initiative as a means of saying, ‘ if you want cannabis possession to be decriminalized in your city, make sure you vote for these aspirants as well because they support you.’

West Virginia Can’t Wait endorsed a group of state legislative aspirants in 2020 that ran on the platform of cannabis reform.

In the state of Texas, progressive organizers are also looking to place decriminalization of local cannabis on ballots over the state this year. Whereas, in West Virginia, even though the governor personally is not a fan of the legalization of cannabis, he said a couple of times last year that he would back the reform if the legislature were to send a bill to his table.

The West Virginia cannabis advocates are seeking to put the will of the residents for the decriminalization of marijuana to the government. The initiative suggests a reform of the law on cannabis, seeking to decriminalize it to the effect of not sending people to jail for possession of insignificant amounts of cannabis, removal of fines, and ridiculous court charges. The ‘West Virginia Can’t Wait’ are at the forefront of this initiative and, by this means, also hope to elect a more progressive leader in the coming elections. 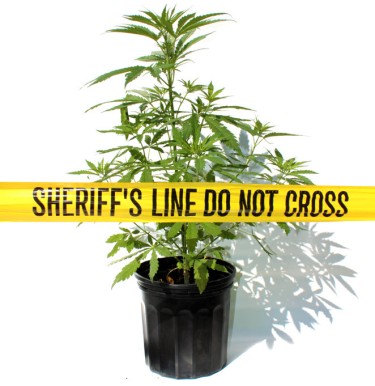 WHY DOES VIRGINIA WANT TO RECRIMIALIZE POT? CLICK HERE!

Cannabis Sales in Colorado Have Fallen for 11...