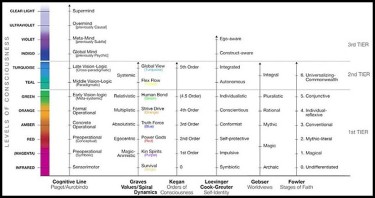 Lately, I’ve been binge watching Ken Wilber seminars on Youtube just trying to soak up decades worth of information as quickly as I can. For those who don’t know who Ken Wilber is, “Kenneth Earl Wilber II is an American philosopher and writer on transpersonal psychology and his own integral theory, a philosophy which suggests the synthesis of all human knowledge and experience.” – Wikipedia

His “integral theory” essentially provides a framework for people to understand the process of growth throughout various fields of study. In essence, it integrates (hence Integral) every belief system and creates a sense of validity based on subjective perspective of the observer and the relation between the “observer” and that which is being observed.

In other words, “every belief system is both true or false depending on the lens on which you view the world” and “within this understanding, there is a means of “growing” or maturing within every line of life whether cognitive, moralistic, and even spiritual”.

His theory has been applied to a wide range of topics including; spirituality, psychology, economy, ecology and after today…cannabis!

That’s right…today I’m going to attempt to utilize the stages of growth outlined by Wilber (and many other intellectuals throughout history) and apply it to the growth and development of the cannabis user. I have gone through these different stages and could identify my behavior as I retroactively examined my behavior and my relationship with cannabis.

It must be noted that this is not meant to be “academic” in any shape or form, but rather serves as a means for me to solidify the understanding of these concepts by re-telling them in a fun and exciting manner. This is why cannabis seems like such a great candidate.

More importantly, perhaps this analysis could make you reflect about your relationship with cannabis – whether you can identify with a particular stage of growth and development (from a consciousness perspective) and cannabis.

Either way, this is a good time to sit down – spark a bowl and relax…we’re about to take a plunge into the deep conscious!

General Overview of the Stages of Conscious Cannabis Consumption

I’ll be using Jean Gebser’s model (and names) to explain the different stages of growth. These levels of consciousness are labeled as; Archaic, Magical, Mythical, Mental, Integral. Don’t worry about the definition of each of these, we’ll be explaining them in detail in the following sections.

According to Gebser, the Archaic Mind; “Stated succinctly, it can be likened to zero dimensional mentation, a world devoid of any perspectivity at all. It is a stated in which the holder of consciousness is perhaps only minimally aware of himself or his relationship to the world around him.”

In simpler terms, it means that there is no reference point to the experience. You cannot remain an Archaic Stoner forever, because by the second time you choose to smoke weed – you have already shifted your perspective on cannabis. You have expectation, meaning that the “internal observer” is now aware of the act of smoking weed.

Nonetheless, your reference point for the first few times you smoke weed will still be highly limited, meaning that for a short period everybody was an “Archaic Stoner”. During this phase, the consumer experiences cannabis at its peak. It’s a fresh new perspective on life, music sounds better, food taste better…we can relate this to the behavioral pattern of a newly “born-again Christian” or “puppy love” where your entire consciousness gets overwhelmed and somewhat consumed by the act of smoking weed.

Of course, this happens mostly to “younger minds” – teenagers and young adults – but can also happen in older minds. Especially, if these older minds were trapped in a paradigm of prohibition, the simply act of liberating the paradigm coupled with the cannabinoidal effects within the mind and body, could turn a Boomer into an Archaic Stoner in a matter of minutes.

Within the developmental cycle of the stoner, you typically remain in this phase for three to six months, until you have established a deeper understanding of the effects of cannabis, what you like and don’t like, etc.

Gebser’s views on the “Magical” mindset are as follows;

“Around some unspecified time far back in our past, a change took place. Man entered into a second phase of development and gained a new structure of consciousness, the Magical structure. This structure is characterized by five primary characteristics: (1) its egolessness, (2) its spacelessness and timelessness, (3) its pointlike-unitary world, (4) its interweaving with nature, and (5) its magical reaction to the world.[9] A rudimentary self- sense was emerging and language is the real product of this change. Words as vehicles of power are typical of this time and structure; incantations as precursors to prayer emerged. Consciousness, in this phase, is characterized by man’s intimate association with nature.

This is a one-dimensional, pre-perspectival, point-like existence that occurs in a dream- like state.”

Within the context of the cannabis user, this is the “infatuation phase” where cannabis is pure magic. It does everything! You become enveloped by the culture, you start diving into the subculture, buy cannabis leaf printed socks and shirts, listen to stoner music, become a part of the cannabis “WE”.

After the initial period of not having a reference, your preferences begin to shift dramatically in favor of cannabis. You’re not quite a full on stoner, but you’re beginning to get what it’s all about.

After you experienced the magic of marijuana, and you decide to continue to engage with the action, you evolve to a “mythic stoner”.

Many myths deal explicitly with man’s (unperspectival) separation from nature. Witness the story of the Fall in Genesis (and its admonition to go forth and dominate nature); and the myth of Prometheus and the giving of fire to man. These both indicate a strong awareness of man’s differentness from nature. Man is coming into his own, although he is anything but independent of it. One could characterize this as a two-dimensional understanding of the world. Within the circle of believers is where the important acts of life take place. The mere forces of nature have a beingness, often anthropomorphized, but a beingness nevertheless. Myth, then, or the mythologeme is the primary form of expression of this period. Subsets of this basic form would be the gods, symbols and mysteries. These figures provide the emerging consciousness with imaginative images around which to center man’s knowledge and understanding of the world. If the Magic structure of consciousness is the emotional aspect, then the Mythical structure is the imaginative one. It is this fact that makes mythology so difficult for us as moderns to deal with. The plethora of images (gods) and the seeming inconsistent pantheons of deities brings the rational mind quickly to confusion. Who can keep track of all these figures, their meanings, their correspondences and their associations. This is the time of the dream. – Source

In relation to cannabis consumption, we could equate this with putting on the mantle of “stoner”. You’ve experienced cannabis, you have become familiar with the customs and now actively identify as a “cannabis user”. I call cannabis users stoners, although I do recognize that some people might find this a derogatory term – however, for an old stoner like me…it’s a badge of honor.

The point here is that you become an official “stoner”. You know the lore and potentially begin to refer to cannabis with a more personalized manner calling “her” “Mary Jane” or some other identifier that invokes the “beingness” of cannabis itself.

If you started smoking weed and don’t have friends who engage with you, you’d probably begin seeking out similar stoners to create a community. You might even be an “obnoxious stoner” in this phase of your cannabis development.

The next shift in consciousness took place between 10,000 B.C. and 500 B.C. This was the transition to the Mental structure of consciousness. It was at this time that man, to use Gebser’s image, stepped out of the mythical circle (two-dimensional) into three- dimensional space. Mythology had become so deficient (and it should be noted that each structure has its “efficient” as well as “deficient” form), that man needed a clean break with the past. The plethora of gods and contradictory stories of creation, formation of institutions, and so on threatened to overwhelm the consciousness of man; he practi- cally stood on the verge of drowning in a deluge of mythological mentation. In reaction to this, Socrates, Plato, Aristotle, and of course, Pythagoras stepped forth to counteract this trend. The mental structure was inaugurated and this coincides with the “discovery” of “causality,” Abstraction becomes a key word to describe mental activity and we find man using his mind to overcome and “master” the world around him. With abstraction comes philosophizing, hence the philosopheme is the primary form of expression. Monotheism almost universally replaces the plethora of gods of bygone days; dogma, in both allegory and creed, replaces the symbols of previous times; method replaces the mysteries as man develops an ever-increasing desire to penetrate, and, of course, master nature. This has given rise to the idea of science as the dominant religion of today. Also at this time, time itself was conceptualized (spatialized) as an “arrow” that points from the past to the future by way of the present.[14] – Source

In the following phase of development, the myth of cannabis fades. This doesn’t mean you like it any less, however, the need to be acknowledged by your peers fade. Cannabis becomes a part of your life, you no longer limit it to the activity of “getting stoned”.

You’ve maybe experienced a few green outs at this point, discovered that assholes also smoke weed and that not everyone who partakes of the plant is on the same level as you. These days, cannabis is a personal choice and you recognize it for its medicinal, cultural and recreational attributes. You know how much to smoke, and when to smoke. You know your limits and your strengths.

In the final evolution of stoner, we have the Integral stoner that recognizes all of the parts of the developmental stage and understands the importance of each one of them. This is the jazz musician who mastered musical theory in order to break all the rules.

On your cannabis journey, you are still a stoner, but no longer need any validation and more importantly, can use it in multiple ways to benefit your health and wellbeing. At this point you’re probably growing some weed on the side because you like to put leaf into your salads.

You also understand those who don’t smoke weed and recognize their individual liberty to decide…you don’t judge, you don’t impose…you simply consume cannabis because in your mind, there is absolutely nothing irregular from partaking.

This is where you no longer war with any negative programming in your mind and you are to simply enjoy cannabis for what it is. At this stage, you probably don’t even consume daily, but enjoy the experience of cannabis more.

While this is a silly example on how this works, this type of growth and development happens in all parts of life. If you can understand the underlying mechanism of classification, you can gauge where you are in any developmental process, focus in on what needs to change in order to evolve to a higher understanding of “stuff”.

Hopefully this article shed some light on it, and hopefully I got it all right. If there is someone out there that is reading this and understands Integral Meta Theory – hit me up and tell me how I was wrong about everything.

Let me know what stage in the stoner’s developmental journey you find yourself in! 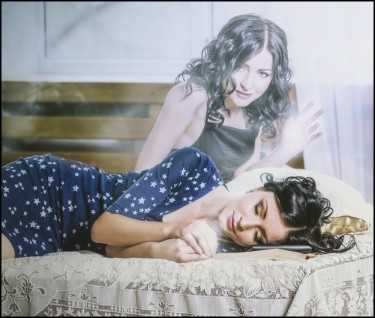 How my superbike was almost stolen in just 4 minutes. Nairobi CBD