Should I Stop Smoking Weed? 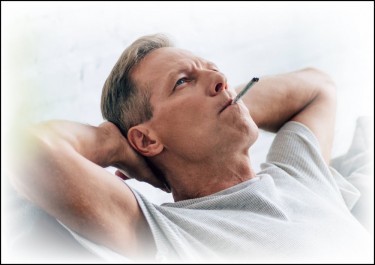 We can all agree that when you abuse something – even if it’s cannabis – it will eventually become detrimental to your health & wellbeing.

For some, there comes a point in time when they ask themselves, “Should I stop Smoking Weed?”

It’s an important question and often times, on pro-cannabis threads, people who ask these types of questions are shit on. There’s a sense of fanaticism within the cannabis culture that doesn’t help people who are earnestly seeking advice on these topics.

Being someone who has been smoking cannabis for more than two decades [on and sometimes off], I have spoken to my fair share of people who asked me that question.

And so – I have decided to answer some of the more frequently asked questions on the topic in the following article. To do this, I always ask people to think about their motivations for wanting to stop or take a break from cannabis.

If this resonates with you, then odds are that you’re smoking too much pot man. Cannabis does help “take the edge off” but it’s also not meant to be a permanent state of being.

Some might say, “Reg – you smoke weed every day!” of which I say, sure – but I’m not “stoned all day”. I wake up early, do a bunch of work, and perhaps take a toke every now and then.

Maybe right after having spent several hours working I would take one or two tokes from some mild weed, get up and go for a walk. Stretch my legs, let go of the stress and then come back and eat some food, refuel and do some Breathwork or meditate or take a nap.

As you can see, this is using cannabis in a way that helps my day – but if you’re smoking bong rips first thing in the morning – you need to reexamine your relationship to cannabis and ask yourself, “why do I need to get this fucked up every morning?”

Understanding why you’d much rather be zonked to go through life would allow you to identify the issue you’re avoiding.

I’m not saying quit smoking weed – I’m saying, take a break and deal with the root cause of your relentless need to dull your baseline-awareness.

I feel guilty about smoking weed, I have to lie to those around me

Another reason why you may want to quit smoking weed is because of guilt. This rings true for those who have to hide what they do due to “other people’s perception” of it.

Perhaps you live in your parent’s house and simply don’t have enough cash to get a place of your own. It happens.

Here you’re pitted against two concepts; do I stay true to myself or bend to the will of others?

Choosing either will feel like shit because this is a prime example of a “no-win situation”. Especially if there is no possible way of budging the perception of the other party involved.

In these cases, quitting for a time may not be a bad idea – especially if you feel guilty about it. It’s either that or confessing to your parents about your use and simply ripping that scab wide open.

The way I see it – and this is entirely a personal opinion as my editor is going to label this blog post – is that ultimately you have to be true to yourself.

Guilt is not a way of life, and thus – you must either resolve it by fessing up to those around you and trust that you’ll be fine “eventually” or to quit until you can do it guiltlessly.

The other option is to simply accept the fact that you can’t ever satisfy everyone and ultimately the person who needs to be “okay” with what you do is you.

Just know one thing – whatever you do, it will affect those around you in one way or another.

If you’re doing it because your friends do it and won’t accept you if you don’t – find better friends.

If this resonates with you, quit smoking weed immediately.

I got busted for pot & am on probation

I mean, if you’re smoking pot while on probation then you’re either the bravest most “zero-fucks-given” person on the planet or Jason Mendoza from The Good Place.

They may be the same person come to think of it.

If it was me – I’d not be smoking weed when I’m under the watchful eye of Johnny law. Weed is good, it’s a medicine – but freedom is better.

Sometimes you have to play the game to survive – if you’re currently in a bind because of weed, take a year or two off – you have your entire life ahead of you to smoke as much weed as you want.

Hell – you could even go and lick frogs!

But for now, you need to lay low.

When it comes to consuming anything – whether we’re talking about food or drugs, or even doing something like Breathwork, or going to the gym or anything of the sorts.

It’s always good to do it in moderation.

If you feel like you need to take a break from weed – then give it a try. See how much you depend on it. Hell – I take breaks frequently, especially when fasting or detoxing.

After all – it’s your life and your body, you have to make the ultimate decision. I do hope that this just gave you enough info to get that mind of you ticking away.

HOW HARD IS IT TO STOP SMOKING CANNABIS, READ MORE… 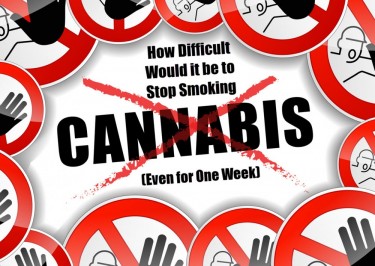 HOW HARD IS IT TO STOP SMOKING WEED, EVEN FOR ONE WEEK?