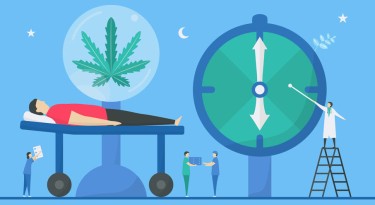 The relationship between marijuana use and sleep is anything but simple.

While countless people already benefit from the sleep-inducing properties of marijuana, there are many others that experience a variety of results: from dreamless sleep, to being able to fall asleep a lot quicker yet they tend to rouse in the middle of the night. Researchers sought out to find answers to this phenomenon.

A recent study published in Addictive Behaviors involved analyzing 178 subjects whose ages were between 18 to 35. Information on their cannabis dosage per day, frequency of consumption, demographics, sleep reports, and depressive symptoms were collected by researchers in an attempt to understand if sleep efficiency, which is defined as the amount of time actually asleep when in bed, as well as sleep latency which is defined as how long it takes to fall asleep. They also analyzed the frequency in which people woke up in the middle of the night, and they found significant differences among recreational cannabis users with non-users.

Interestingly, they found that how much marijuana one consumed daily in grams was associated with an increase in sleep awakenings. “Subjective sleep measures did not differ from cannabis users versus non-cannabis users,” says the study. The authors concluded that recreational cannabis use may be good for sleep onset though “increased use does not aid in sleep maintenance.”

We can see from this study’s findings that for insomniacs and people who have a hard time going back to bed after waking up may be better off consuming cannabis earlier in the day, and in smaller amounts.

So How Do We Use Cannabis for Sleep?

THC and CBD have varying effects on sleep and the human body, particularly the sleep cycle, which can have great implications for people who are already struggling with sleep issues. The study mentioned above is not the first to suggest that THC may not be ideal for prolonged, sustained sleep; another study from 2016 analyzed sleep and marijuana consumption patterns among 98 people. They found that regular marijuana use was linked to more sleep disturbance.

Perhaps it’s because THC may cause anxiety. “It remains possible that the insomnia scores might have been higher in the daily marijuana users because marijuana was contributing to anxiety, which in turn may have exacerbated the severity of insomnia,” wrote the researchers.

However, that doesn’t mean that you shouldn’t use cannabis entirely for sleep. If you’re one of those people who tend to wake up more in the middle of the night after getting lit, chances are, CBD may be the best sleep aid for you.

People with Insomnia and Anxiety Are Better Off with CBD

Given the findings of these studies and other similar research, we can suggest that CBD may work better especially since THC can provoke anxiety and stress levels in some people. In one study of 103 participants suffering from poor sleep, they were given a range of CBD doses varying from 25 to 175mg. The researchers found that 25mg was the most powerful dose of CBD that helped address anxiety, and higher doses of this was best for insomnia. Researchers followed up with the subjects after each month of the 3-month study, and during the first month, 66.7% of the subjects reported sleep improvements. Unfortunately, there was 25% who said that sleep got worse.

Keep in mind that cannabis compounds affect everyone differently, which is why even if the studies primarily point to CBD being a better sleep aid, it may require some trial and error. “Research on cannabis and sleep disorders suggest that CBD may have therapeutic potential for insomnia and that THC may decrease the time it takes to fall asleep when you first go to bed,” said Smita Patel, D.O., a neurology physician and sleep medicine doctor to Shape.

Because there are numerous conflicting reports, here are some tips to keep in mind when experimenting with cannabis products for sleep:

How do you use cannabis for sleep? Share your experience in the comments below!

READ MORE ABOUT CANNABIS AS A SLEEP AID BELOW… 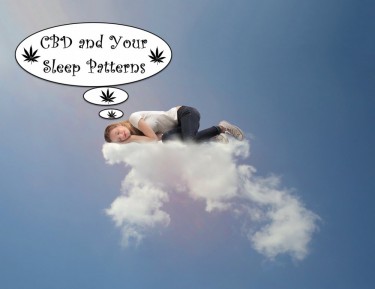 CBD FOR SLEEP PATTERNS, WHAT WORKS AND WHAT DOES NOT? 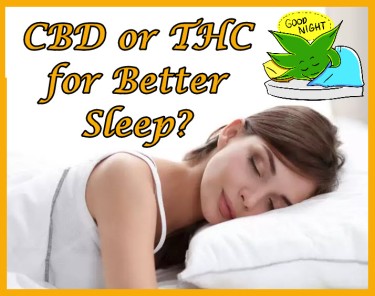 CBD OR THC IS BEST FOR SLEEP, WE ASKED THE DOCTORS!

Cannabis Sales in Colorado Have Fallen for 11...