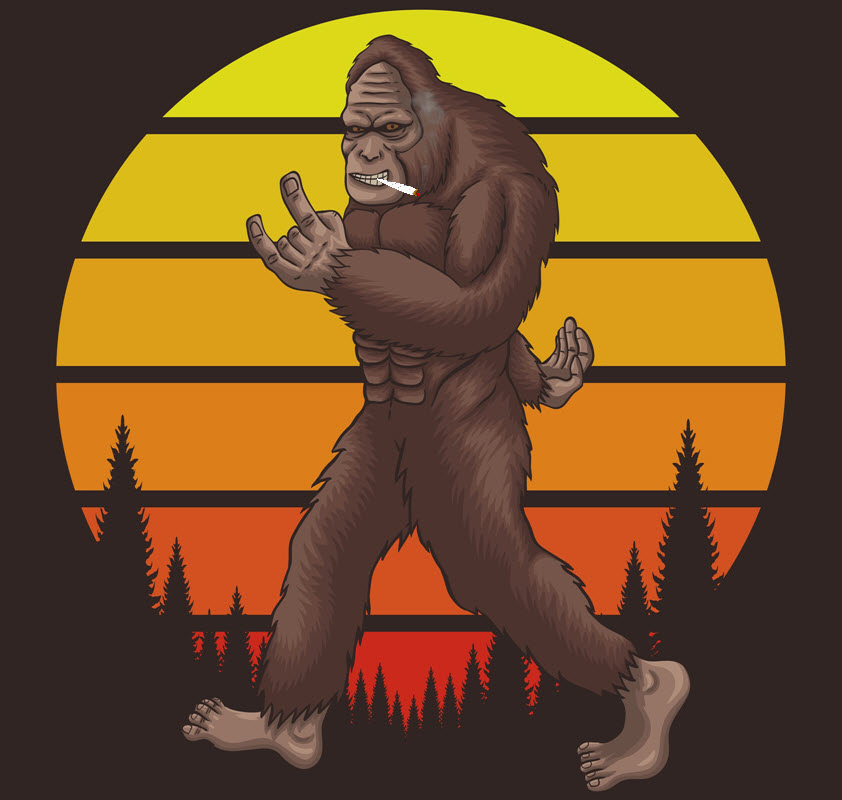 As if the Emerald Triangle didn’t have enough bad press coverage with Murder Mountain on Netflix, now Hulu is dropping a new series on international weed day, 4/20, but this weed mystery has a new twist, did Bigfoot kill 3 marijuana farmers up in the Pacific Northwest?  The series premiering on Hulu called “Sasquatch” is directed by Joshua Rofe of Lorena fame, and produced by Mark and Jay Duplass of Wild Wild Country.

The story follows cannabis farmer David Holthouse in the Fall of 1993 when he was working in the Emerald Triangle of California, which is Mendocino, Humboldt, and Trinity counties.  One night as the story goes a drug deal went bad and 3 bodies were ripped apart and mangled.  While the murders are 28 years old, Holthouse has been warned about investigating these murders, yet questions remained about the bodies that were ripped apart or shredded.  Missing persons is not only real in the Emerald Triangle, but it has the highest missing persons rate in the entire US.  As the Murder Mountain series pointed out, the dark hills of the Emerald triangle can be dangerous place of “hippies wearing Grateful Dead shirts and all carrying AR-15 assault rifles.”

Director Josh Rofe, the director was asked in his Esquire interview what the hardest part of the documentary was to make, and to no surprise, it was getting weed farmers to go on camera and talk.

What was the most challenging part of making the doc?

The most challenging part was trying to find people in that sort of cannabis underworld who would be willing to speak to us. That took months. In fact, that was so difficult that there were times where I wondered if we were even going to be able to make the show. And so, I always say that I give the credit for the breakthroughs in that area to David. In many ways, while we’re all making this together, we are documenting his journey with this investigation. And it was David’s tenacity and really his skillset that he’d developed over the last 25-plus years as an investigative journalist that really allowed for and led to those eventual breakthroughs. And then it’s like dominoes with these things, where things start to break open for you in bunches. And then all of a sudden, you’re cold again and you got nothing. And then you just don’t give up. You just keep pounding the pavement, and now there’s another breakthrough. And oh, that one breakthrough just led to five different pathways. None of them seem connected, but we’re going to go down all of them and see what happens. And then you find out, oh wow, there’s an overlap with a couple of these things. So it was a lot of that. I mean, it was hard. This was definitely a hard one to make.

The series is now live on the Hulu Network, let us know what you think! Did Bigfoot kill weed farmers in Emerald County?

MURDER MOUNTAIN ON NETFLIX IS A CHILLING SHOW ABOUT THE EMERALD TRIANGLE!

What is Sinsemilla and What Does It Mean in the Cannabis Industry?