Popular
State of Legal Cannabis Webinar
New York Has a Crime Problem
Ancestry D.N.A. How they Tether to your culture...
What can cities do for cannabis equity? Seattle...
New Jersey Workplace Cannabis Guidelines Leave Employers Baffled
Norm MacDonald-Stereotype Jokes Compilation
American Reacts To | What is the Dumbest...
Sunscreen on the Go to protect your Ink...
Study: You’re More Likely To Have Stress In...
Roast & Toast Ep. 1 : Smoke With...
Uncategorized

How to Make Your Own Autoflower Seeds Like a Boss! 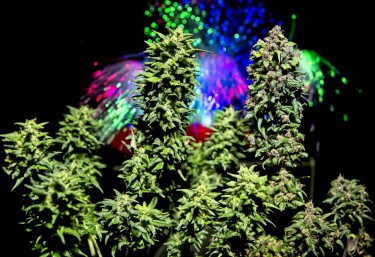 Last week I wrote about creating your own Feminized Seeds. This week, we’re going to be talking about making your own Autoflowering seeds.

Because the world is going green and understanding these nuanced techniques could very well allow you to become a valuable contributor to global cannabis genetics.

When it comes to autoflowering plants – there’s plenty of benefits.

There’s a reason why so many growers use autoflowering cannabis strains – it’s got its share of advantages.

For starters, you can harvest sooner. Unlike regular seeds or even feminized seeds that are constrained to photoperiod [light cycles] – autoflowers will bloom in a set period. Typically, these plants can be harvested between 8-10 weeks whereas regular strains can take more than 4 months.

While you can’t keep an autoflower as a “Mother plant” – you can totally use it to consistently clone and maintain a good cycle. Additionally, the short growing period means you can technically get more crops per season.

It’s also easier to grow since you don’t have to worry about switching light cycles, and the plants themselves don’t get too large due to the genetics needed for autoflowering.

Furthermore, these autos are typically more resistant to disease and weather, and if there’s a light leak – it wouldn’t impact them either.

These are all just a few examples of why people love autoflowering cannabis plants.

But the question is – how does one make autoflower? To answer this question, we must look at where it comes from

The Origin Story of the Autoflower

Most people are familiar with Indica and Sativa, but many people aren’t aware that a third major “type” of cannabis exists – Ruderalis.

These plants evolved in places like Siberia where the nights were longer and the temperature was colder. This forced the plant to adapt since it could no longer rely on the typical light cycles a cannabis plant uses to produce flower.

So what did Ruderalis do?

It decided that light cycles aren’t as important to their development. If the sun wasn’t going to tell them when to flower – they’ll just do it themselves!

Autoflowers come from breeding this genetic trait into other types such as Sativas or Indicas.

So I Have to Breed Autoflowers?

As you can imagine – this takes months to even years to achieve.

Which is another reason why autoflower seeds are so expensive to buy.

Now – depending on the objective of your operation, you’ll either be doing “general breeding” or “selective breeding”.

General breeding simply means that you don’t separate the plants with similar traits, whereas selective breeding means that you are grouping plants [male/female] together that both have desired traits you’d wish to amplify.

We have the nutshell version of the selective breeding process – but let’s take a more detailed approach on how you’d get whatever strain you have to become an autoflowering plant.

When it comes to “by when” you’ll have the desired trait grown into the genetics – consider about 3-4 generations. This in terms of “time” could be anywhere from a year to two years before you have a seed the way you want it.

But that’s okay – you’re working on creating new strains of cannabis which, if done right – could be sold to the world. Seed companies make mad cash yo!

How to get that sweet autoflowering magick!

Now let’s get to the meat of the story. To get an autoflower you obviously need to start with the right genetics. Since the gene is recessive, to make an autoflowering strain you need to breed with two parents that have the gene.

This means, that if you were to breed a Sativa with Ruderalis – the offspring will contain only about 25% of the genetic information for autoflowering.

In most cases – the first generation of a cross breed will not product autoflowering genetics. However, the seeds from this first generation now will have both a male and a female with this genetic marker.

Breeding these two together will increase the odds to about 50%. Which means you’d want to breed it one more time to get it to 100%.

But this is only where the fun starts. Now you have a autoflower seed, but perhaps you don’t have the characteristics you desire.

Well then it’s all about BackCrossing

On the contrary my red-eyed friend. Backcrossing is basically taking the third generation seed you produced- and then re-crossing it with a non-autoflower again.

What this will do is allow you a wider pool of genetics to play around with the desired traits.

So let’s say that you liked the thickness of the nugs of a particular strain. Crossed it with a ruderalis and then created fully autoflowered offspring by the third generation. You take this seed and re-cross it with the original “thick nugged strain” to now start doubling down on these characteristics.

By the third generation of this second variation – you now have more autoflower genetics in the strain plus denser buds because you honed in on that genetic characteristic.

It sounds simple – but it takes a lot of time and patience to pull off correctly.

Autoflowering is great to grow but not so easy to make. Hopefully this article shed some light on the process and also helped you justify paying so much for autoflower seeds.

Just remember, when you’re breeding, you’ll want to have multiple grow areas. This doesn’t work if you only have one grow area because pollen travels far and will seed any female in the area.

Thus, if you’re planning on starting your own seed bank, you’ll need at least 3-4 different grow areas. Fortunately, one cannabis plant can produce hundreds of seeds, so in essence you just need enough space for 2 plants per grow area.

I hope this inspired some of you to venture forth with your growing endeavors! Be the Breeder!

BE THE BREEDER, READ MORE… 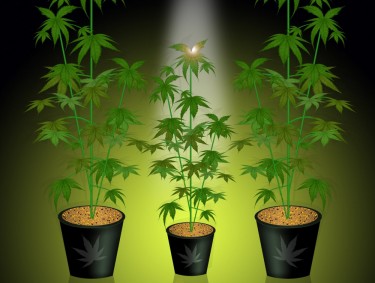 HOW TO MAKE YOUR OWN FEMINIZED SEEDS, BECOME THE BREEDER!