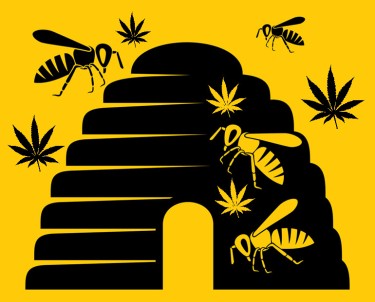 With several countries carrying our extensive research on cannabis and hemp, one of the latest research from Poland discovered something interesting. This set of Poland researchers found out that bees fed with hemp extract aged slower than those on a regular diet.

For many of us, growing up was a fantasy when we were younger but it turns out growing older stops being interesting after a while. At a tender age, all we wanted to do was grow old enough to go to college, or old enough to drive, get our bike or go to the dispensary or bar.

But after some time, that stops being fun and aging then becomes overwhelming. Things that didn’t hurt start hurting, hair starts growing in some places and stops growing in others, and physical activities become a difficult task. For the physical things one can do, execution becomes slower and the body is sore for a long time after such a task.

Now, what we have today are humans trying very hard to delay or even entirely reverse the process of aging. In fact, that has become a huge business too with the industry bigger than ever before. According to research published by Statista, the global anti-aging market is estimated to have an estimated value of approximately $58.5 billion in 2020. The anti-aging industry is calculated to witness 7% in compound annual growth rate between 2021 and 2026.

Evidently, not every one of these anti-aging supplements works. A larger percentage of these products are nothing but hyped snake oil employed to financially prey on desperate individuals who either one to delay it or reverse the aging process. However, thanks to new research, there may be one thing out there that has the potential to fulfill the needs of people looking for anti-aging products — hemp.

The existence of bees and hemp

The Poladian researchers recently examined the relationship between honest bees and hemp extract supplements. The research was carried out in affiliation with the University of Life Sciences in Lublin under the Department of Invertebrate Ecophysiology and Experimental Biology.

According to the researchers, they evaluated the effects of hemp extract on the antioxidant system and its overall activities. The research evaluated peroxidases, catalase, superoxide dismutase, glutathione, and overall antioxidant potential in the hemolymph of adult bees. The research grouped the bees into three separate groups;

The researchers took samples of hemolymph from each treatment from the first day of the study and once every other week full the bees died. All of the disease bees were then examined by the researchers.

According to the researchers, all antioxidant enzyme activities were lower in the control group compared to that of the experimental groups. The highest level of antioxidant activities was recorded in the group fed tour cannabis using syringes.

The life span of these bees were also prolonged in the group supplemented with hemp than that of the control group (the group consuming only sugar syrup). The bees in the control group survived for 35 days, with the groups on hemp extract in syrup and on strips surviving for 52 days and 49 days respectively. Thanks to the antioxidant properties of hemp extract, the activities of major antioxidant enzymes was increased, protecting the bees against free radicals. To this end, the aging process of the honey bees was greatly delayed, the researchers concluded.

Does Hemp Have Anti-Aging Advantages?

Cannabinoids (THC, CBD, CBN, CBG, CBN) have been proven to offer various health benefits to humans, most especially for seniors. Cannabinoids help to improve brain function, reduce inflammation and relive arthritis pain. However, there’s been a discovery of another great benefit of cannabinoids on seniors’ health which has so much to do with the process of aging.

The ECS is charged with maintaining homeostasis balance in the human body and it effortlessly does this with the help of cannabinoids. Think of the ECS as the body’s control centre that keeps working around the clock like a well-oiled engine. It governs our entire physiological system- the digestive system, the nervous system, hormones, brain, bones and skin, immune system, heart and liver.

As our body grows old, the ECS’s ability to produce cannabinoids declines causing an unbalanced system. To this end, our body becomes susceptible to diseases and illnesses. The more cannabinoid production declines, the more the level of function in the ECS.

So in theory, supplementing the human body wine phytocannabinoids will greatly improve ECS functioning hence delaying or reversing the anti-aging process. Some illnesses like illnesses, soreness joints, and muscle pain will be cured. However, as things stand, research into ECS is still fairly new but results have shown promising results for this home health remedy.

Apparently, bees do not have similar anatomy and physiological processes as humans, so how the research in Poland applies to humans still needs in-depth research. However, the results obtained from the bee research are quite insightful. The fact now is hemp extract is good for both humans and bees for increasing consumption in both species is a win-win situation.

CANNABIS USE AND AGING, READ MORE.. 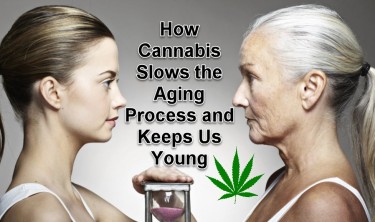 HOW CANNABIS SLOWS THE AGING PROCESS AND KEEPS US YOUNG!

CANNABIS SLOWS THE AGING PROCESS, WHAT DO WE KNOW SO FAR?

WHOLELEAF CBD OIL REVIEW Do I Need A Prescription? Does It Work? Effects? MY OPINION ABOUT WHOLELEAF