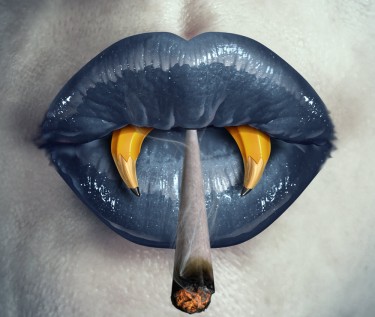 Sit back, pack a bowl – this one is going to get way out there.

There’s a famous NLP metaphor that says, “The Map is not the Territory”. What this basically means is that our interpretation of the world around us or our “maps”, only act as a representation of the world itself. However, it is not the actual unbiased version of reality but rather a reality that is warped by our personal expectations and assumptions. In simpler terms, “reality is subjective to the beholder”.

What this means is that you have the ability to “switch maps” and view the world through different lenses. When you do this, you begin to see that “belief” shapes reality in a very subtle but significant way and when you manage to untangle yourself from a belief system and truly experience a “paradigm shift”- there’s a lot of creative energy that gets unleashed. It’s as if the entire universe shifts before your very eyes and engages with you differently.

Because of this, I frequently challenge my own belief systems to modify and alter my personal “map” of reality. To do this, I explore different “types of thinking” or “theories” about life and the universe. For example, if you believe in any type of deity, you could attempt to “experiment” with atheism for a designated period.

Of course, faith might be a difficult bridge to cross for many people, but this could work with anything from political affiliations to your favorite sports teams. The point is to challenge your sense of self by engaging with things that would seemingly be in opposition of your likes. If you like comedy, watch a drama…if you’re an active outdoorsy type of person – try to learn coding or some academic activity. Break your Modus Operandi is what I’m getting at…expand your map!

**Take another hit of the sweet Cheeba…it’s about to get real!**

I had to preface this stuff so that you too can experiment and assume that what I’m about to talk about is as real as any hard scientific knowledge you have come to trust to be true. For the sake of the GanjaTheory – just go with it!

I once read this book called “The Book of Atem” which talks about the existence of “memetic entities”. In essence, the concept explains that memetic entities are thoughtforms that live in multiple people’s minds. For example, Superman is a comic book character that has been interpreted in film, television, comics, mentioned in songs, and so forth. Superman has a backstory and heavy influence on pop culture and if you were to die tomorrow, Superman would continue to live on in the minds of millions of people.

This “entity” now does not simply exist within the pages of a comic book, but in actuality is a real being that exists in the astral realm. For those who can’t handle all the “woo woo” – the Astral Realm is another term for “Shared Imagination”.

Within the context of magick, we call these “egregores” and they “feed” off attention. If there was nobody around to observe the egregore or contemplate its existence – then the egregore would fade out of existence because the only thing keeping it alive is “awareness” of it.

Within the Book of Atem, these memetic entities are not just superhero characters but can be something less corporeal and more conceptual such as “democracy”, “Democrat” and “Republican”. These are ideas that many people share however, every single person believes in a different version of the concept. For example, two evangelical Christians might claim to believe in the same God – yet if you were to ask them identical questions about how they each see God, you’ll find that their answers differ significantly to the point that they are almost worshiping two different gods.

The concept that “ideas” are thoughtforms that exist and have a real influence in this world is shared by various different “currents of thought”. For example, Vadim Zeland’s “Reality Transurfing” series refer to these as “pendulums” that can alter life events in order to siphon your energy in order to stay alive.

For example, when you find yourself arguing with the same people over the same topics – you would be at the mercy of a “pendulum” that is creating conflict in order for you to feed it. According to Zeland, the thoughtform doesn’t care if you are “for or against” it – it only cares that your attention is on it as this is how it remains relevant within the astral plane. Therefore, when you find yourself struggling with the same problems over and over again – you might be at the mercy of a paradigm.

Zeland says that you can’t fight these pendulums and that it’s truly a waste of time. After all, fighting the thoughtform would mean you are giving it your energy. The only way to get out of the influence of these egregores is to become detached from them emotionally. If the Republicans really piss you off – then becoming indifferent to their offenses is the best way to reduce their efficacy. By responding emotionally to their prods – you are falling victim to the game of these pendulums and in turn, waste your precious awareness on things that don’t matter.

The only way you can move beyond the influence of these energetic parasites is to reduce the importance of the problems in your life. This doesn’t mean that you don’t care about your problems – you still have to be diligent and proactive in your life. However, if means that instead of having an emotional response of fear or anxiety, you simply accept the situation for what it is and deal with whatever is in front of you.

Often times, we become slaves to concepts. We become “pissed” because some celebrity tweeted some bullshit or the government did some other shady shit. Within the concept of what I’m talking about today – all of those “tweets” or “government bullshit” are just energetic thoughtforms that require your energy to stay alive.

If you want to reduce the static in your life – simply become indifferent to your problems and starve the egregores of your precious awareness.

**Now put that in your pipe and smoke it**

What Should You Look for When Buying Cannabis...