Canada’s Regulated Marijuana Industry is Booming, But What About the Black Market Sales Numbers? 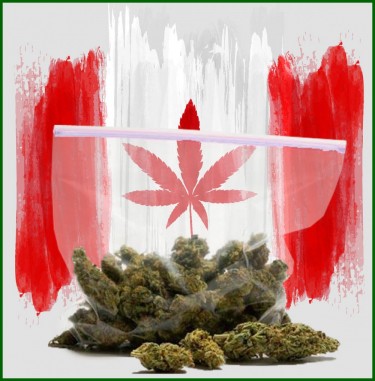 Whenever experts and cannabis enthusiasts discuss the presence and accessibility of weed in a country, the concept of legalization always features prominently. People want to know if their countries or states are making efforts to legalize cannabis, so it is easy to access weed without getting arrested.

This interest in the legality of cannabis has prompted countries around the world to ensure prompt legalization of cannabis. Despite these efforts, the cannabis black market remains thriving in most countries, and it is a significant part of the conversation. The big question has always been, “Will the black market go away?”

The regulated cannabis market in Canada

Uruguay is the only country that has legalized adult-use thus far, but the country still deals with the pitfalls of the black market. In comparison, Canada has 37.5 million people, which is 1/10th of Uruguay’s population.

But numbers and a more significant population is not the only reason why Canada’s regulated market is thriving, and more people are getting their cannabis from licensed places. Canada also has an open adult-use industry accessible to anyone of legal age (including non-residents). On the flip side, in Uruguay, only residents can make such legal purchases.

Therefore Canada’s legalization system is smoother, more accessible, and flexible. Any country that offers such an easy process for its cannabis users will enjoy the dividends of a regulated market. Canada is doing something no other country has done before, as cannabis is still illegal at the Federal level, even in the United States of America.

Why do users rely on cannabis from the black market?

There are numerous reasons for reliance on a black market supply despite several governments legalizing cannabis. A most prominent reason from a recent poll indicates that people view the government’s pot as being “Too expensive.” They don’t want to pay so much money for what the government offers through its regulated market. The delivery timelines are not acceptable for some others because the products need to be checked by the quality control personnel from the government before shipping.

Of course, the government takes these measures to ensure that its citizenry is getting the best and healthiest cannabis. If the government is checking and screening the weed, why do people still prefer the uncertain week from the black market?

That’s an exciting question because it reveals how many people are willing to take risks with the black market than get an assured and healthy product from the government. The solution to this kind of thought process is sensitization and intensive campaigns from the government showing the dangers of buying cannabis from unregulated markets.

Canada’s regulated market continues to grow side by side with its dwindling black market, and the country achieved this feat by being intentional with increasing sales and production. Let’s discover how they made it happen.

Canada’s solution: The role of extensive production and increased sales

A prominent reality with almost all legal cannabis sectors is that sales usually start at a low pace and get better with time. While the more extensive parts of the overall sales still come from unregulated markets. This scenario was Canada’s reality, and it made it very difficult for licensed businesses to gain an advantage over unregulated entities.

The black market had the upper hand problematic, but the government changed the tide against the black market as a proactive country. The initial problem was the lack of many licensed businesses creating a system where demand was higher than supply.

So the Canadian government provided licenses for cannabis producers totaling 657 licensed producers in the Canadian market. The increased number of producers made demand match supply, and people started to purchase cannabis from regulated markets.

Unlike other countries that don’t take action against the black market, Canada used two business effective business models to change the situation. The first was an increase in production and the second sales. While increased production boosted sales, and sales mean more people are buying from the regulated market.

What happens to the black market?

There are still unregulated markets for other sectors such as alcohol and tobacco in Canada. However, the government tries to maintain an upper hand with the regulated market by ensuring that the black market activities are suppressed.

Aiming to suppress the market is the first step towards complete eradication, but it must be a gradual process. The unregulated market will always exist (this is a fact), but it doesn’t mean it will always be the case. Countries only need to ensure that they keep a close eye on the black market while boosting their regulated market.

Those who oppose the cannabis legalization system in countries like Canada always erroneously assume that a black market in a country is a sign that the legalization process is a failed attempt. But from all we have learned about the Canadian legalized system, it is evident that legalizing cannabis works both at the national and local level.

Canada has gotten things right from the start, and they have become the model for other countries who seek to suppress the extensive reach of the unregulated market. If Canada can do it, then other countries can do the same with their regulated market, allowing users and cannabis enthusiasts to purchase their favorite weed legally. 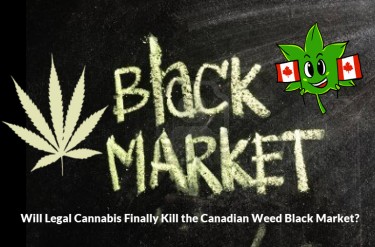 WILL LEGALIZATION KILL THE CANADIAN BLACK MARKET FOR WEED? 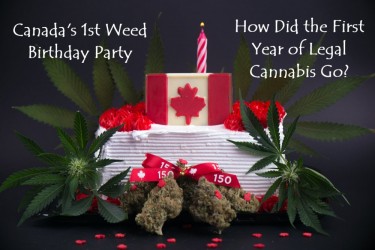 CANADIAN LEGAL WEED HITS ONE YEAR, HOW DID IT GO SO FAR?