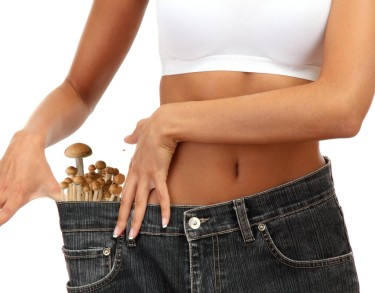 Can Psychedelics Help You Win The Battle Of The Bulge?

Being overweight is a serious problem.

It all began in the 1960’s when the obesity epidemic began worldwide, most especially noticeable in the United States. Being overweight in the slightest can have serious health implications for children as well as adults: it sharply increases the risk for developing dangerous disease including cardiovascular disorders, cancers, diabetes, and much more.

These days, we live in a society that’s more health conscious than ever. People have fought back against the obesity epidemic despite the prevalence of junk food and fast food; more are engaging in healthy lifestyles, exercising more, and eating smart. However, there are still millions of people who struggle with their relationship with food. For example, binge eating disorder (BED) is one of the most common eating disorders; it’s characterized by consuming ludicrously large amounts of food in a short period of time. Most people with BED feel that they have absolutely no control on how much they are eating; it can also be called emotional eating, as one tends to consume a lot of food especially when they are feeling sad, angry, stressed, or even happy.

Changing your habits is much easier said than done – others simply find it too difficult to let go of bad habits because it’s so ingrained in the brain. In doing so, they put their health at risk.

Psychedelics already have a solid, and growing, body of evidence that it can help the brain form new neuron pathways which are necessary for releasing bad habits, depressive memories, and triggering events. This is why it’s so effective with depression, anxiety, PTSD, and many other mental conditions.

But studies suggest that psychedelics can help with excess weight, too.

In March 2022, NeonMind Biosciences released the findings of a preclinical animal study which shows that psilocybin was beneficial in reducing weight gain. In the past, they also completed a similar study using healthy animal subjects, also demonstrating the same results.


NeonMind specifically used psilocybin to decrease visceral fat. “Increased visceral fat is linked to poorer cardiometabolic health and reduction in this type of fat is important in weight loss and better overall health outcomes,” they said. When analyzing obese animals, they found that there was a statistically significant difference in relative and absolute weight gain which was seen just days after psilocybin was given to the animal subjects. They also found significant reduction in food consumption when compared with the control group, and no negative safety signals were observed.

Clive Ward Able, MD, a pharmacist, physician, and consultant to NeonMind Inc., disclosed to the Pharmacy Times that using psychedelic medicine together with psychotherapy was found to be beneficial, based on his research, for treating obesity. “What that does is it gives you the psychedelic event, which seems to be able to help along with psychotherapy,” he said. “Secondly, it also has effects on the 5-HT2C receptors, which are very much related to satiety or hunger and the control of hunger,” he explains.

“So there, we can look at a different formulation where we use a much lower dose, probably 10% to 15% of what would normally be used for a psychedelic dose, but you do that on a daily or 4 times a week dosing,” Able explains. Based on his findings, a lower dose can increase satiety which means an individual would experience hunger much less. It also adds to their well-being, he adds.

Though there are only a few studies examining the effect of psychedelics on obesity or binge eating, hypothetically, how it can work so well simply makes a lot of sense.

Since psilocybin and other psychedelics have been so successful at treating anxiety and depression, perhaps it can help the patient uncover trauma and shame issues that are subconsciously wired in the brain, which causes them to binge eat.

As of the time of writing, Tryp Therapeutics is working on the first FDA-approved psilocybin treatment designed specifically for binge-eating disorder. In April 2022, they began Phase II of the trials, though the FDA approved it last year. TRP-8802, the company’s psilocybin candidate, will be tested together with psychotherapy to see how it can help treat binge-eating disorder.

“The world’s first FDA regulated clinical trial for psilocybin-assisted therapy targeting BED is underway, further advancing our clinical milestones,” said Dr. Jim Gilligan, Tryp Therapeutics CEO and Chief Scientific Officer. “This is a key study for our psilocybin-assisted therapy portfolio as we assess the effectiveness of TRP-8802 (oral psilocybin) to treat patients with BED. There has been a strong interest in trial recruitment to date,” he said.

“We believe that psilocybin-assisted therapy has the potential to offer a new therapeutic treatment for BED, a disorder that devastates the lives of over 250,000 people each year,” said Gilligan.

There is no one answer or singular cause when it comes to eating disorders and addictions of any kind.

Experts agree that a spectrum of factors can cause it: biological, environmental, and psychological. Changes in the brain can also cause eating disorders which result in poor health. We hope to see more uses of psychedelics as a safe and natural way to treat these conditions for a healthier society.

WEIGHT LOSS AND WEED OR SHROOMS, READ ON… 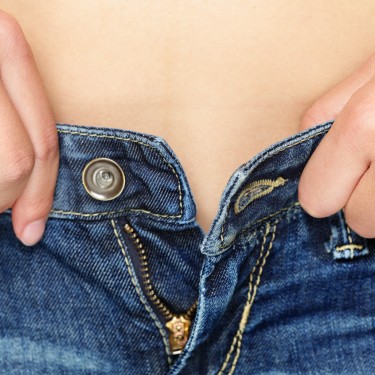 CAN WEED HELP YOU LOSE WEIGHT, OR DO MUNCHIES KILL YOU?

What Can Other Countries Learn from First-Mover Canada’s...

Snoop Microwaves His Blunts, Should You Microwave Your...

CBD is Coming to Your Dentist’s Office

What is a Jamaican Steam Chalice and Why...

Cannabis Has Unique Benefits for People with Biopolar...

LSD Treatments for Alzheimer’s Ramps Up with New...