Are You Ediblocked? Do You Not Get High After Eating Edibles? 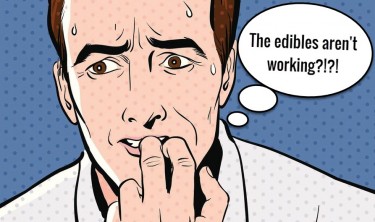 I remember the first time I ate too many brownies, which sent me into a world of intense visuals, deep body highs and cottonmouth like never before.

Most people who eat edibles feel the effects of it, but there is a class of human that seems to be immune to edibles – and scientists aren’t quite sure why this happens.

There are theories. Theories we’ll discuss in this article.

However, the implications of this discovery reaches much further than the inability of an individual to get high from 11-hydroxy-THC, and could impact things like our standardized drug tests of impairment, cannabis medicine, and much more.

Throughout the rest of this article, we’ll also be taking a closer look at these issues.

The term “Ediblocked” comes from the Boston Globe Article, which was the inspiration to writing this article. I rather enjoy the term and also can see that this can be extended to other substances.

For example, I once took LSD with a group of psychonauts where one person in particular said, “I don’t get it, this to me feels like I do when I’m smoking weed!”

I looked at the man with my pupils dilated, seeing all sorts of shitfuckery swirl about while the walls breathed and thought to myself, “This dude is a caveman!” Of course, he wasn’t and in all likeliness he experienced something similar to an “ediblock”.

But what makes the discovery so important is that it illustrates that “standardized tests of impairment” fail to take into consideration that people process drugs differently.

Of course, making a test that can adapt to the individual’s biochemical makeup is still only science fiction at this point – but it also shows us that many people who might have been “deemed impaired” by law enforcement could have been more sober than the officer putting the cuffs on.

Here’s a snippet from one of the guys in the Boston Globe Article;

“They couldn’t stop laughing — they were all having a great time,” recalled McDonald, a 55-year-old cannabis cultivator from Ontario, Canada. “And I got absolutely nothing from them. I was sitting there with my arms crossed, like, ‘aw man … everybody’s Hoverboard works except for mine.’ ”

This is a guy named Al who first discovered that he was immune to edibles when his friends ate a bunch of high potency cannabis cookies. Al says he starts “feeling” the effects of THC by the 700-milligram marker which would send most people into a deep bodied charged trip.

It could also be the reason why Joey Diaz seemingly can consume ungodly amounts of THC while being “okay-ish”.

For some of you, the idea of being immune to edibles does not seem like a big deal – but for people who are undergoing surgery or some patients who tried cannabis for pain relief – may have not been able to tap into the therapeutic value of the plant due to this inhibition to process THC like the “norm”.

But why does this happen? How does one become “Ediblocked”?

Right now researchers aren’t 100% about the reason but they hypothesize that it could be something to do with a particular liver enzyme responsible for processing THC. As opposed to “inhibiting THC”, they argue that these people simply have more efficient processing capabilities in the liver.

“While no studies have directly examined those with ultra-high tolerances to marijuana edibles, Gruber and other researchers have a compelling hypothesis: People with an unusual variation of a key liver enzyme could essentially be too efficient at processing ingested THC, turning the compound into its “active” high-causing metabolite and then its inactive waste product before the active form can enter the bloodstream or brain. It’s also possible other people’s enzymes make them unusually inefficient at performing this process, with little THC getting metabolized in the first place.

“It’s almost as if they’re skipping the intermediate step,” Gruber said of people with uncommon subtypes of the CPY2C9 gene, which encodes the enzyme that shepherds THC through its three-step metabolic transformation. “You’re breaking it down so fast it doesn’t have an opportunity to create the psychoactive effect.” – Source

Why this becomes a problem for the individual cannabis consumer comes down to how we test “impairment” in society. Most of the modern tests do not account for liver enzymes and the ability to process THC better.

People like Al, can eat 500 mg and be stone-cold sober. Yet if he was pulled over by a cop, tested for THC in the saliva or blood – he’s be deemed “impaired”.

“The research casts doubt on biological marijuana tests widely used by researchers, doctors, police, and employers, which look for those same metabolites but don’t account for the apparently vast and hard-wired variations in metabolic rate between individuals. (In Massachusetts, most suspected stoned drivers are evaluated by officers with so-called “drug recognition expert” certifications, a process that typically includes a saliva or blood test for THC.)”

The issue from a medical perspective

This is not just about getting high either. For people who use cannabis as a medicine, it could mean that if you have a higher presence of the CPY2C9 Gene – you may need heavier doses of cannabis to take effect.

The problem, as Doctor Lester Grinspoon points out – “Taking too much could send you into an 8-hour trip!” or 18-hours in my case.

I guess my CYPY2C9 gene likes to take his time – but then again, I had close to 20 brownies in a span of 2 hours, so my THC levels were probably far exceeding 1gram.

“Grinspoon said the phenomenon illustrates how little we understand the body’s cannabinoid system, thanks in part to longstanding federal restrictions on studying marijuana. “This is something that, with appropriate research and smart people working on it, we could understand and maybe even fix,” he said.”

The federal government with their anti-freedom policies have hindered cannabinoid research for decades in the name of “safety” and now science has to play catch-up.

It once more illustrates how government’s approach to drugs is not only outdated, but potentially dangerous to individuals who consume cannabis both medically and recreationally.

I wonder where we could have been in terms of cannabis medicine if the government didn’t decide to stifle research and information? 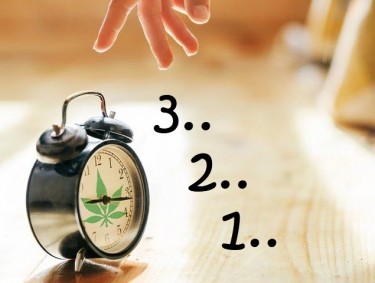 WHEN IS IT TIME TO TAKE A WEED BREAK TO LOWER YOUR TOLERANCE?

WHAT CAN YOU DO IF YOU CAN’T GET HIGH ANYMORE? CLICK HERE!

Getting clapped up in warzone vibing on some cbd

You Know What CBD Is, But What Exactly...