Are Medical Researchers Desperately Trying to Tie Cannabis to Schizophrenia? 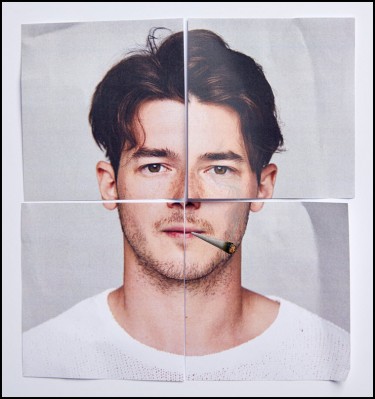 For years now, researchers have been trying to connect schizophrenia with cannabis use. We have seen several studies – many of which I have analyzed in great detail – attempting to bridge the gap of correlation and causation.

Of course, I don’t think these researchers are necessarily evil – but as we continue through this study together, I’ll be pointing out logical fallacies within their conclusions.

This isn’t to say that there is no link between cannabis and schizophrenia.

It is absolutely true that cannabis can trigger a psychotic episode with people who have genetic markers for developing schizophrenia. These folks typically have other people in their families who also suffer from the condition.

Yet, the tone of most of the research on the subject matter always tends to suggest, “Cannabis is a cause”, which is undeniably false.

Throughout the rest of the article, we’ll be taking a look at the most recent study covered in a CNN article on July 26th.

The article in question is titled; “Schizophrenia linked to marijuana use disorder is on the rise, study finds”. Allow me to show you how weak this link really is.

What the Study Claims…

Let’s start with the study itself – which was conducted in Denmark, a place were cannabis is NOT legal except for medical use.

This means that their sample population is highly localized and exists within an environment where access is restricted.

This already sways the results since it doesn’t provide an accurate breakdown of “normal cannabis behavior” but rather focuses on Cannabis Use Disorder.

When you read the article, you’ll notice that the title is blatantly claiming a link, only to retract that statement later on;

“Previous research has suggested that the risk of schizophrenia is heightened for people who use cannabis, and the association is particularly driven by heavy use of the drug. Many researchers hypothesize that cannabis use may be a “component cause,” which interacts with other risk factors, to cause the condition. (emphasis added)”

Of course, our findings will have to be replicated elsewhere before firm conclusions can be drawn,” Hjorthøj continued. “But I do feel fairly confident that we will see similar patterns in places where problematic use of cannabis has increased, or where the potency of cannabis has increased, since many studies suggest that high-potency cannabis is probably the driver of the association with schizophrenia.”

What is problematic use of cannabis?

Cannabis use disorder is usually defined as a problematic use of the drug: developing tolerance to weed; using cannabis in larger amounts or over a longer period than intended; being unable to reduce use; spending a lot of time obtaining, using or recovering from the effects of cannabis; giving up important activities and obligations in favor of cannabis; and continued use of the drug despite negative consequences.

Has Schizophrenia been on the rise?

Roughly 21-million people suffer from Schizophrenia on a global scale. Hjorthøj claims that based on one study, there has been an increase of instances of schizophrenia in Denmark, but that in other countries the picture is less clear.

“Many textbooks in psychiatry state that the incidence… of schizophrenia is constant over time and independent of geographical location,” Hjorthøj said.

“And this has often been used as an argument against the hypothesis that cannabis could cause schizophrenia,” he added. “However, it turns out that there is very little research that would support this notion.”

This is an interesting tidbit hidden in the conversation that would be overlooked by the casual reader, however for a research shark like myself – I SMELL BLOOD!

Firstly, if the original premise of Schizophrenia is based on “very little research”, it would suggest that Schizophrenia might have been far more prevalent than before.

The fact that you have data pouring in now, doesn’t mean that those undiagnosed schizophrenia cases didn’t exist pre-cannabis legalization.

In fact, modern screening tools might be to blame for the increase in Schizophrenia data seeing that they can more quickly and accurately assess these things.

The new study was based on data from Denmark’s national health registry and included all people in Denmark born before December 31, 2000, who were 16 years or older at some point from January 1, 1972, to December 31, 2016.

The findings could help explain the “general increase in the incidence of schizophrenia that has been observed in recent years” and provides some support that the “long-observed association between cannabis and schizophrenia is likely partially causal in nature,” the study said. – CNN

The problem is that the “long observed” associations exist for virtually every drug or traumatic experience.

In fact, alcohol use – which has VERY LITTLE STUDIES in regards to a factor of schizophrenia – is also a potential risk factor and with nearly 37% of Danes with some sort of problematic drinking habit, was not considered.

Rather, the researchers used the DSM-5 and solely focused on people with CUD. The problem with this assessment is that most schizophrenic people self medicate, meaning – was the schizophrenia there first or was it “caused” by the cannabis.

And this is what researchers desperately want to prove. I’m still not sure why?

Perhaps that way pharma can once again monopolize cannabis due to it’s “dangers on the general public”.

However, it’s important to understand that this type of language and “evidence” is all a fanatic politician needs to pass oppressive laws and claim that “science supports it”.

Yet with no comparison to other substances – for example, if alcohol abuse disorder has similar findings, it would suggest that the “type of drug is irrelevant” and simply the “right kind of trauma” is needed to trigger psychosis.

This is where the major issue lies with these studies. Until we have data on users of various drugs and the correlation to schizophrenia – we cannot scientifically claim that “cannabis is a cause”.

Nor how prevalent these triggers are when compared to other substances, stress triggers, and so forth.

This isn’t to say that cannabis does not trigger psychosis either. We know that cannabis is a psychoactive substance and that some people will have different reactions than the norm.

This temporary psychosis induced by a substance could be the trauma needed to unlock the schizophrenia in the individual.

However, this could be true for a million different things.

CAN CANNABIS TRIGGER SCHIZOPHRENIA IN PEOPLE? READ THIS! 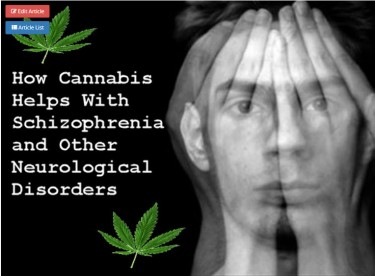 DOES CANNABIS HELP WITH SCHIZOPHRENIA AND DISORDERS?